Be first to read the latest tech news, Industry Leader's Insights, and CIO interviews of medium and large enterprises exclusively from Aerospace and Defense Review

THANK YOU FOR SUBSCRIBING

Technology and the Resilience of U.S. Defense Systems 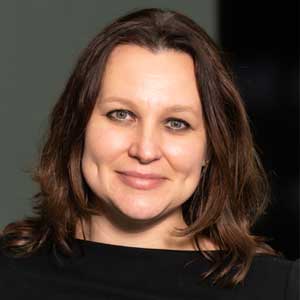 Microelectronics are in nearly everything, including the aerospace and defense sector’s vast array of missiles, rockets, radar, ships, tanks, airplanes, and satellites.

And just like the semiconductors that run our laptops, phones and cars, those advanced chips and systems are largely imported from contract manufacturers overseas. In fact, domestic U.S. chip production has been in decline for decades as the sector’s factory floor has shifted to Asia. Today, the United States imports about 80 percent of the microelectronics used here, according to the Semiconductor Industry Association.

Recent disruptions in the supply chain for critical components, such as semiconductors, have revealed the problems inherent in this dependency. The global chip shortage has prompted automakers to reduce vehicle production. Phone and laptop makers feel the crunch as well.

The aerospace and defense sector is already attuned to this reality—at least those of us who design, fabricate, integrate, test, ship and buy microelectronics. Others are just now realizing that we are at a tipping point requiring action—such as strengthening intellectual property protections, boosting investment in the domestic supplier base and standing up more U.S. capacity.

"If The Repercussions Seem Distant To You And Your Business, It’s Time To Look At What’s At Stakeand What’s Next, For Our Government, Military And Industry"

If the repercussions seem distant to you and your business, it’s time to look at what's at stake and what's next, for our government, military and industry.

It's about the entire microelectronics ecosystem, not just defense. Defense can’t drive the market. Its market share is under 2 percent of U.S. demand. However, when you consider all national security systems, including critical infrastructure, if we aggregate the demand, it can approach 20 to 25 percent, which is a substantial market. Strengthening the ecosystem requires a stronger and coherent strategy. This can start with reshoring our defense industrial base and supply chains to the United States and to our allies, starting with microelectronics. This should include a concerted effort to aggregate the demand across all national security sectors.

It’s a whole-of-nation effort. One way to encourage U.S. suppliers to produce microelectronic components is by creating opportunities such as public-private partnerships. A good framework is outlined in the National Defense Authorization Act. Another idea is to establish a national network for microelectronics R&D, which would safeguard domestic intellectual property. The response requires a whole-of-nation effort to be successful, including government, the private sector and an educated public ready for the challenge.

It's about the supply chain. Over the last several years the government has made a concerted effort to understand its supply chain and its associated risks. The Biden Administration recently blocked U.S. investment in Chinese companies that pose a risk to our national security. U.S. manufacturers, stung by vulnerabilities in their supply chains, are also taking steps. Some, like Intel, are planning new fabs or investing in current ones. This is welcome news to the White House, whose 100-day review of the supply chain calls for passage of the CHIPS Act and taking steps to “incentivize manufacturing through federal financial assistance to construct, expand or modernize semiconductor-related facilities to support semiconductor fabrication.”

Because much of the nation’s critical infrastructure relies on microelectronic devices, dependence on foreign manufacturing poses serious risks. The time is now to support the U.S. government's efforts to ease its heavy dependence on overseas supply chains. I invite you to join the broader industry in taking meaningful steps. Here are a few:

• Understand the impact that the shortage is having on industry and enhance the efforts of both the private sector and the government to help address these challenges together.
• Engage regularly with leaders across the supply chain and customer base on the shortage and long-term solutions to restore U.S. leadership in microelectronics and semiconductor manufacturing.
• Support partnerships between government and business to navigate global microelectronics supply chain limitations, principally with technological leverage and manufacturing partnerships.

These are not quick fixes. However, they provide a strong platform for a more resilient national defense supplier base and the establishment of a trusted microelectronics supply chain. The goal is to ensure the country has a future of technology resilience.

Everything You Need to Know About Commercial Aircraft MRO Market

Developments and Innovations in Aerospace Technologies

The State Of Automation In The Aerospace Industry

Future Of Space Security: What The Industry Can Do To Improve Cyber Resiliency

However, if you would like to share the information in this article, you may use the link below: